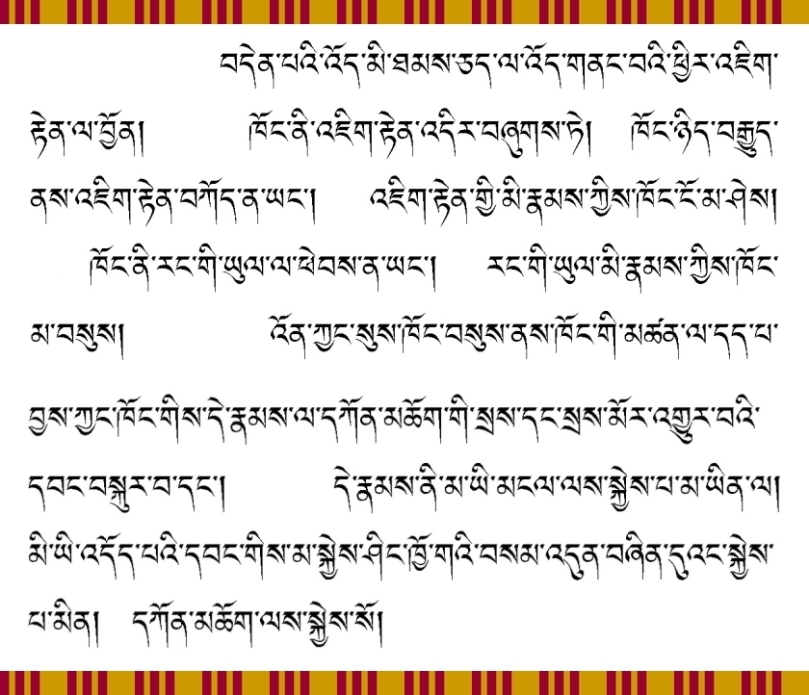 The true light, which enlightens everyone, was coming into the world.

The light of the sun changes to heat energy, also into the energy of oil, and to electrical energy; because of this it may be said to be destructible (mi rtag-pa). But the true light that came into the world 2000 years ago is the Messiah Yeshu Christ (1) Himself.

He not only had good character, but came to give men through His indestructible (rtag-pa) decree complete character, hope and the spread of happiness.

[1. Messiah and Christ have the same meaning, i.e. anointed one.]

He was in the world, and the world was made through him, yet the world did not know him. He came to his own, and his own people did not receive him.

The Word, the Lord who had created the world, came down and became a mere babe in an ordinary home in Israel; and His mother called him Yeshu, which means Saviour in the Israeli language.

Being an ordinary villager, His fellow countrymen and even his own younger brothers and sisters did not want to recognize Him as being God’s Son.

Because their rejection of Him would cause them suffering in hell, it made Yeshu sad.

What a privilege! Believers are given spiritual rebirth in this lifetime.

For obtaining new birth the power of one’s own thought is not the key. A person cannot give birth to himself! The power of other persons cannot be the cause; not even the energy of a lama.

It is through belief alone that new birth comes as a gift from the very hand of God.